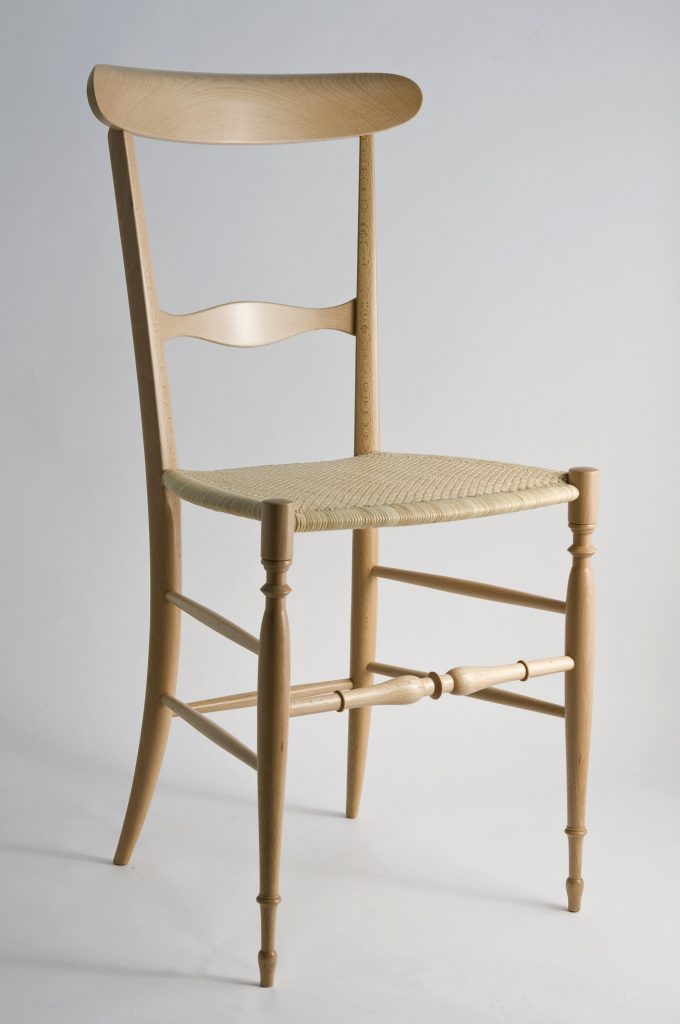 Every chair in this catalog is the living, breathing representation of more than two centuries of research and refinement.

We combine our modern ideas with the traditional classics – the real evergreens, all under the wings of uncompromising lightness and strength.

How far can you push the delicate balance between lightness and strength?

This is the question that our artisans have been obsessing over throughout the generations.

Our goal is to offer you a chair you can easily lift with your pinky, but one that you can still use every day without concern. 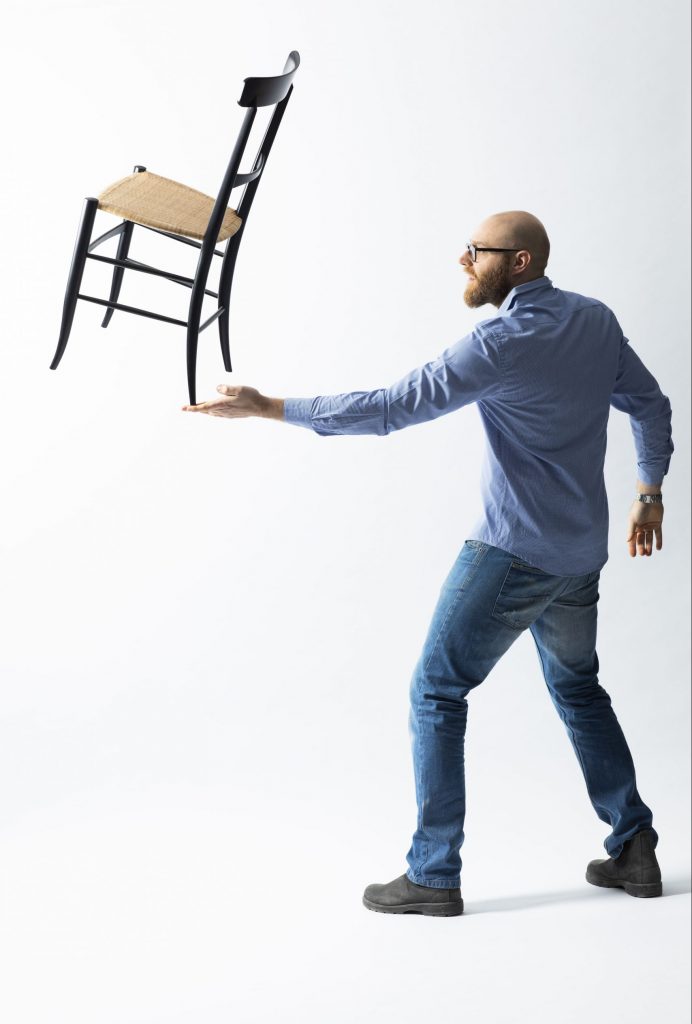 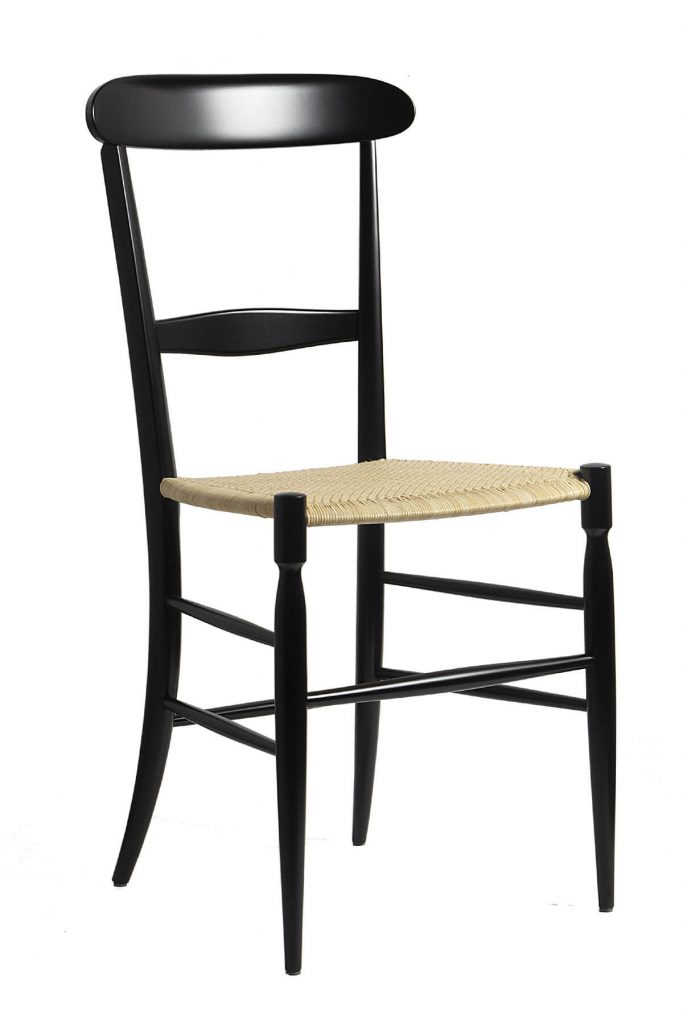 A simplified version of the most classic Chiavari design. Ideal...
Read more 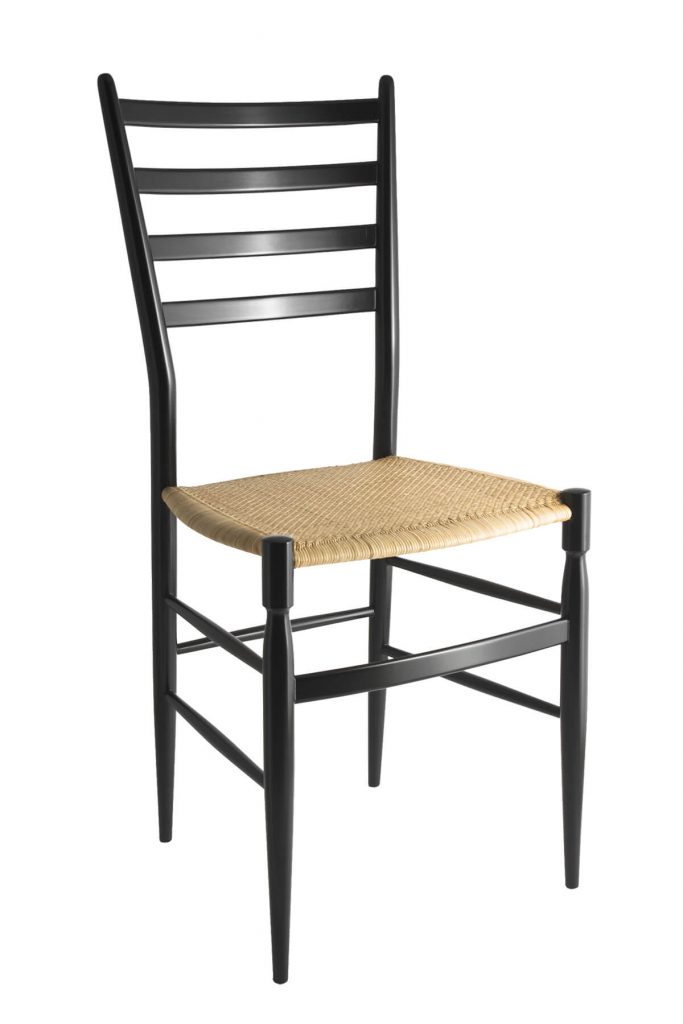 A sturdy and versatile chair with special attention given to...
Read more 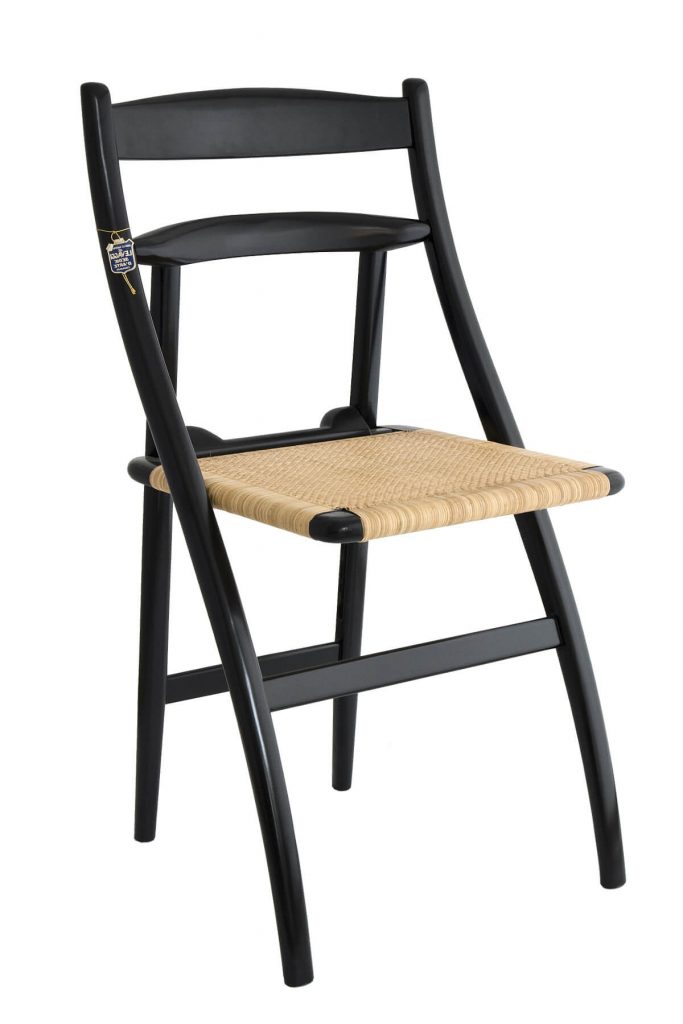 Pratika is the first folding chair built according to the...
Read more 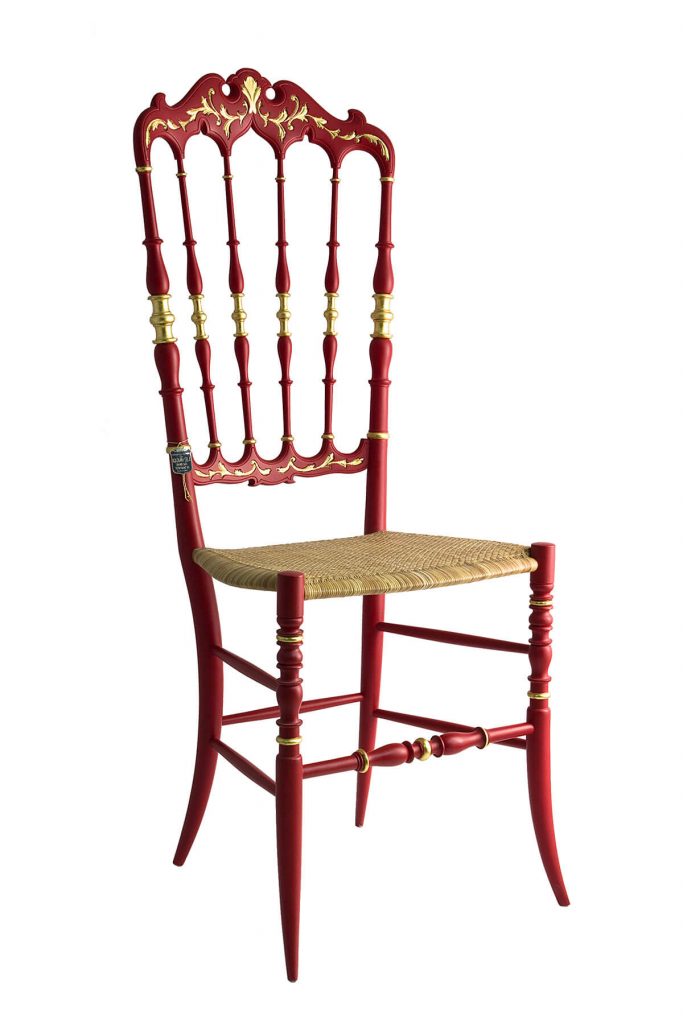 A model of grand prestige, this chair is found in...
Read more 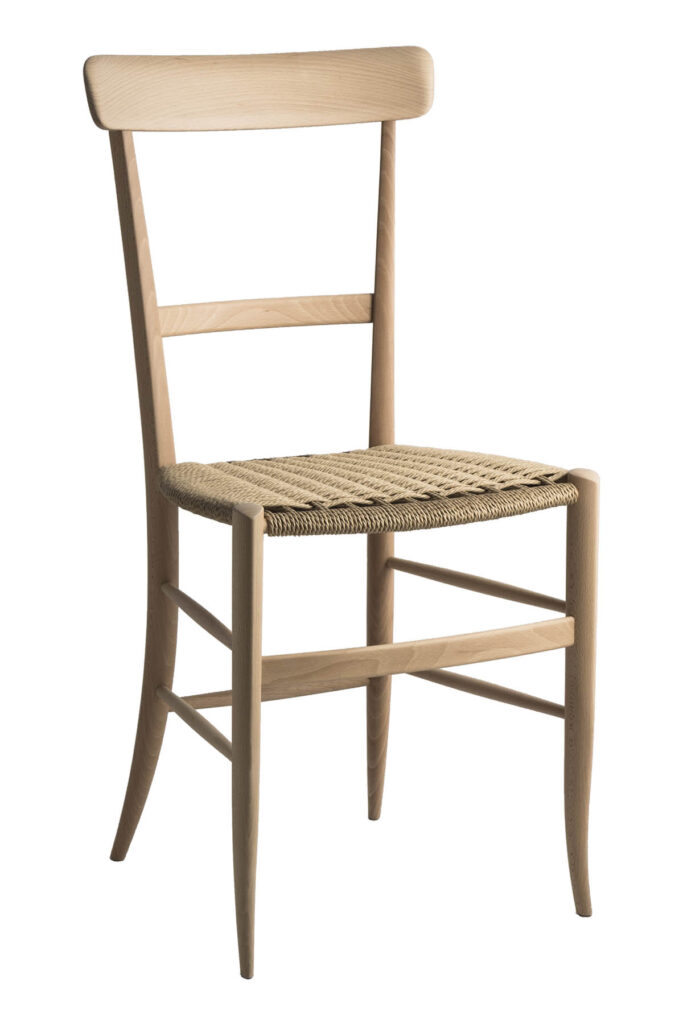 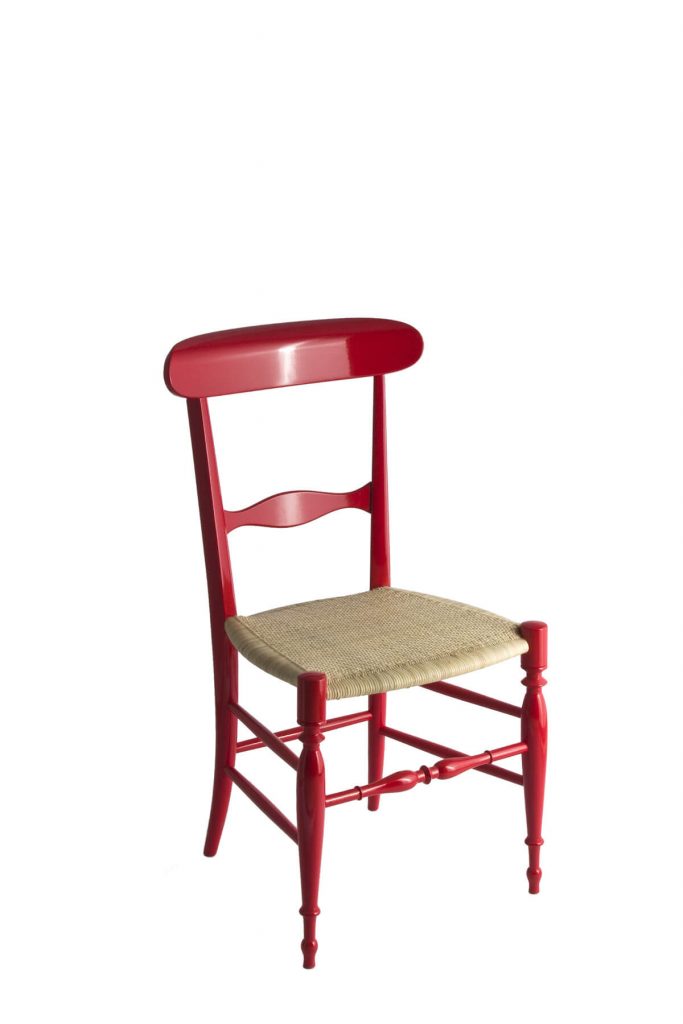 The “Campanino” on a smaller scale but created with the...
Read more 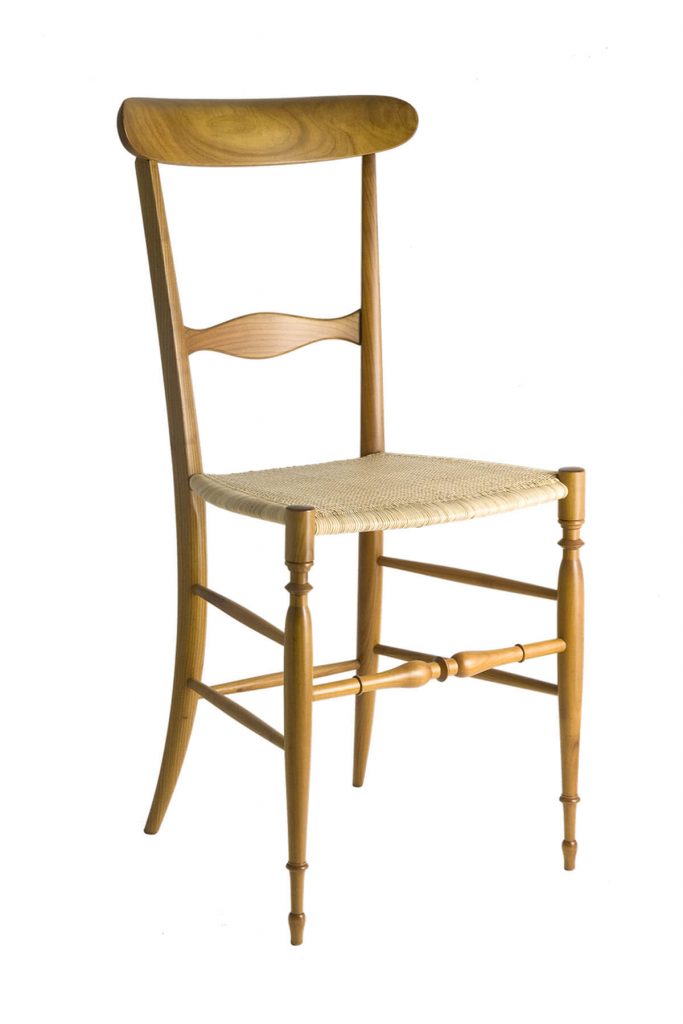 It is the symbolic design of the Chiavari chair, known...
Read more 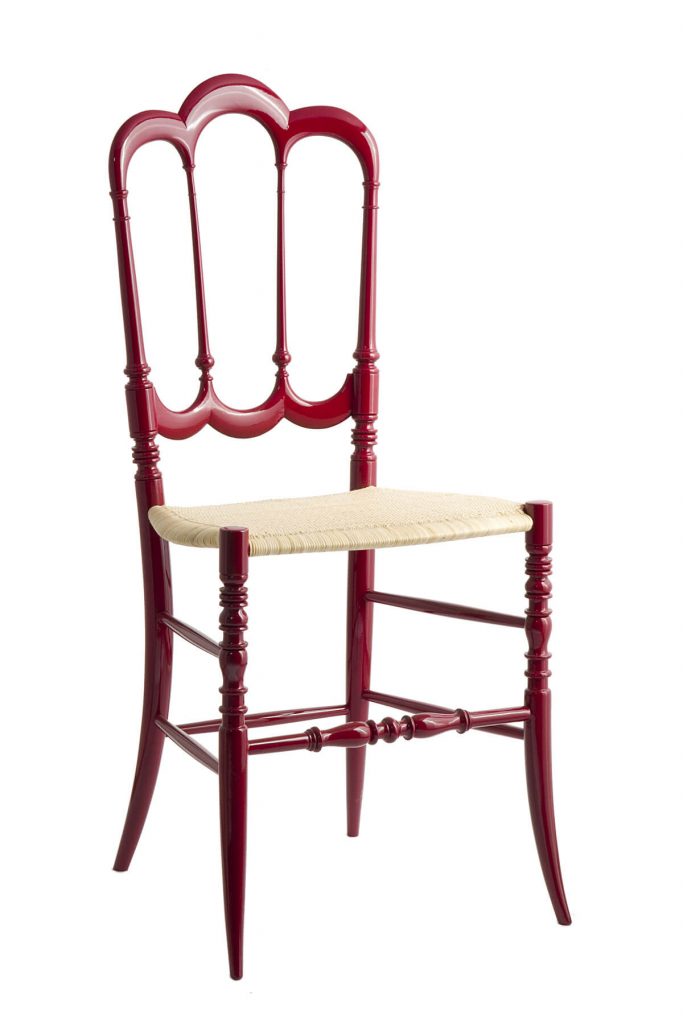 Together with the “Campanino” and “Parigina” designs, this light, elegant,...
Read more 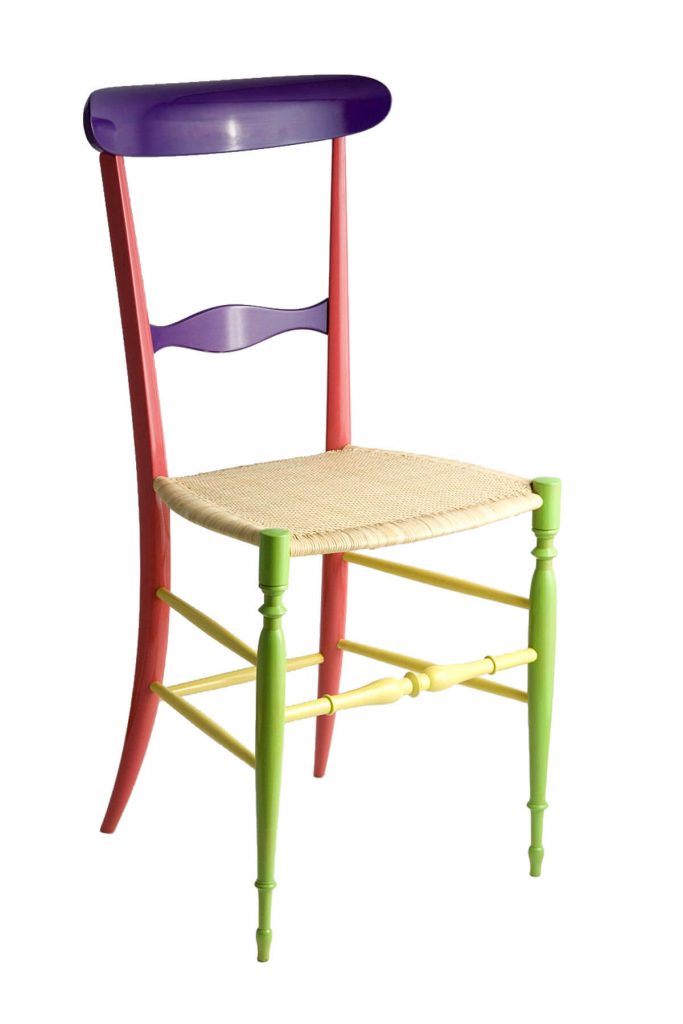 A new stylistic approach to the classic Chiavari, where the...
Read more 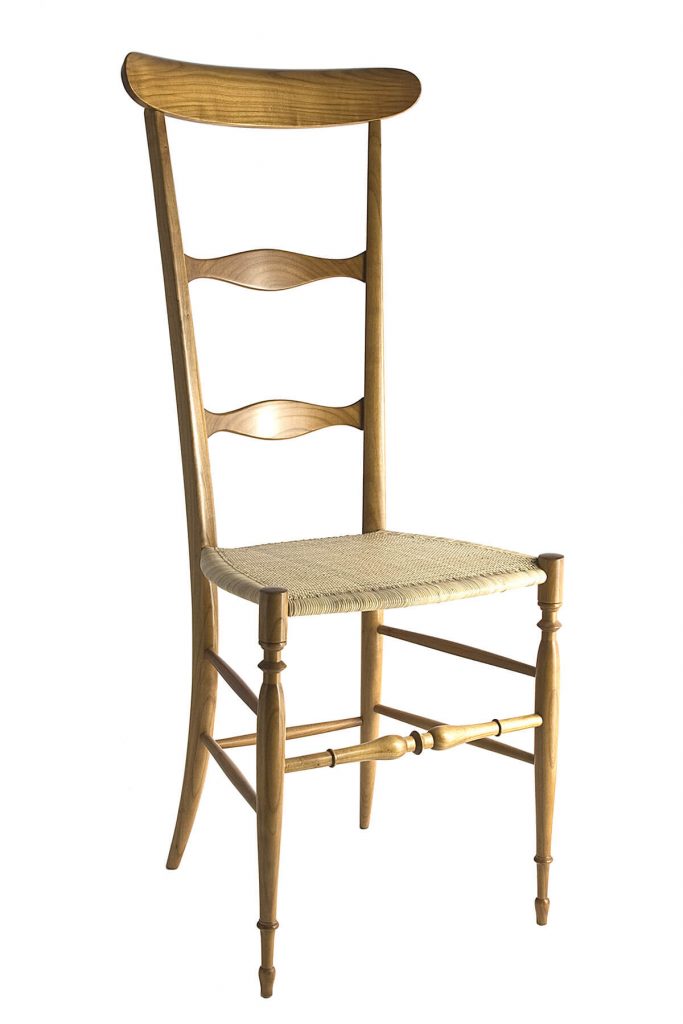 The same symbolic chair of the Chiavari tradition, only with...
Read more 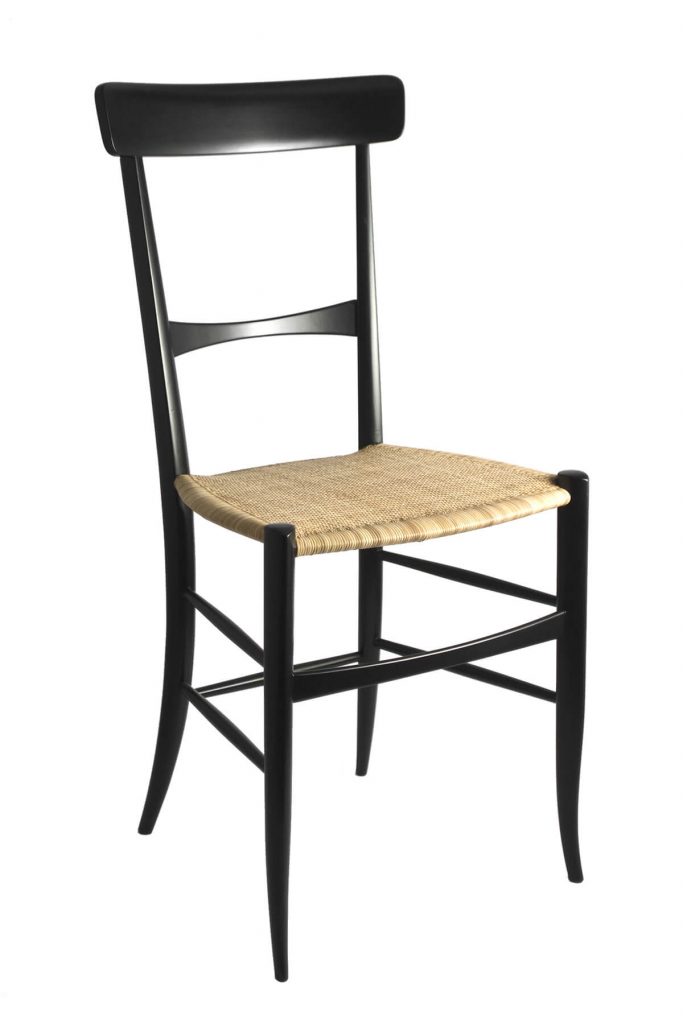 One of the most versatile designs, suitable for any furniture...
Read more 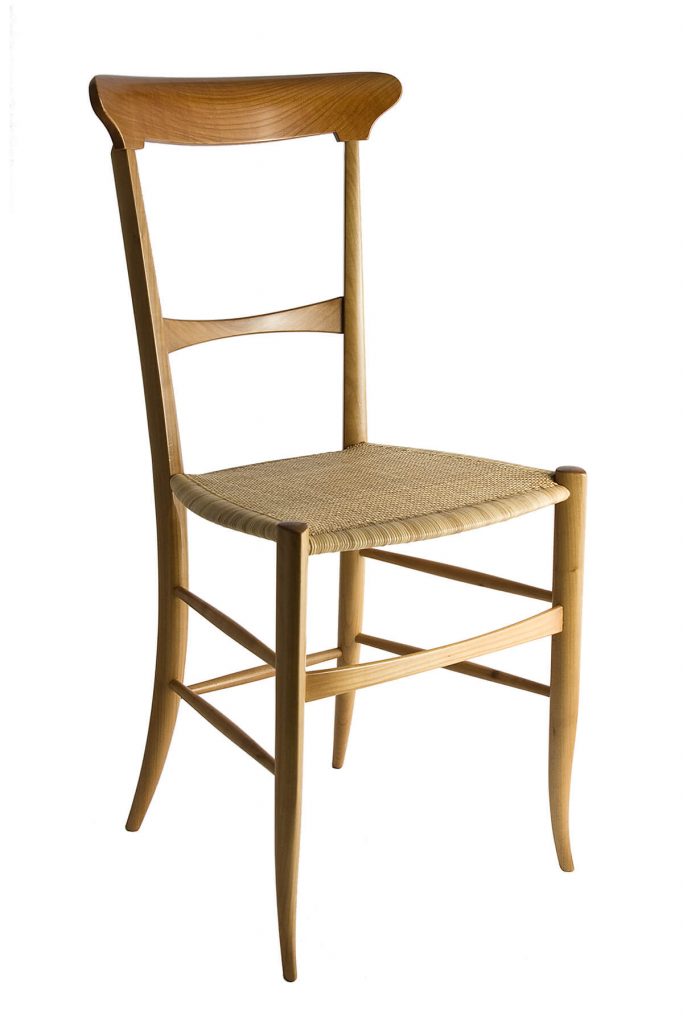 A new stylistic approach to the “Campanino 900”, with a...
Read more 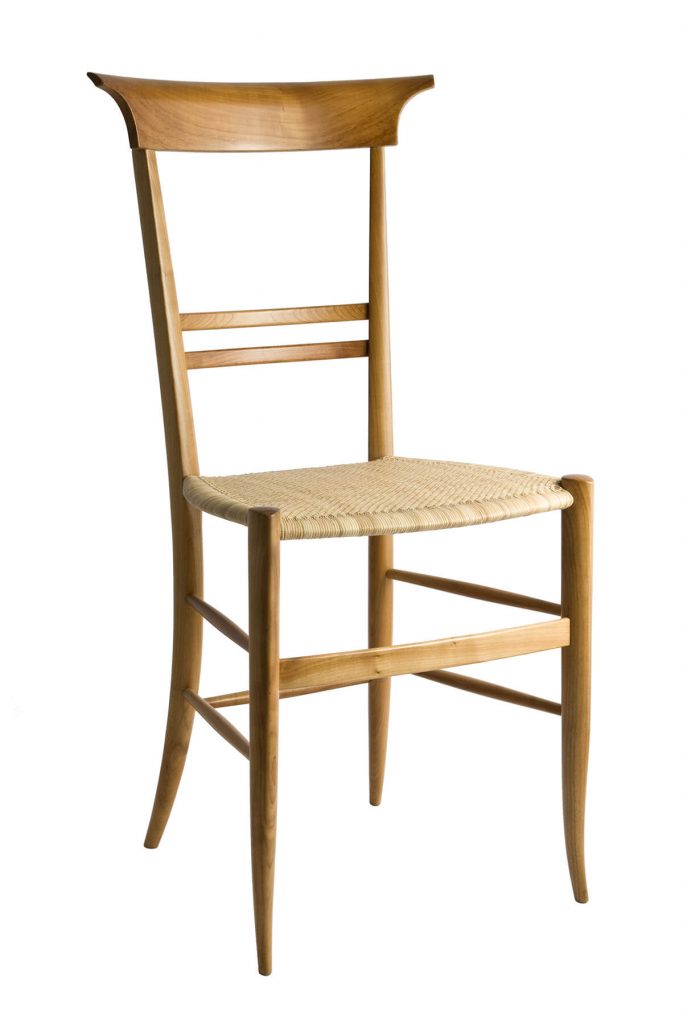 Highly elegant, this chair is one of the historic designs...
Read more 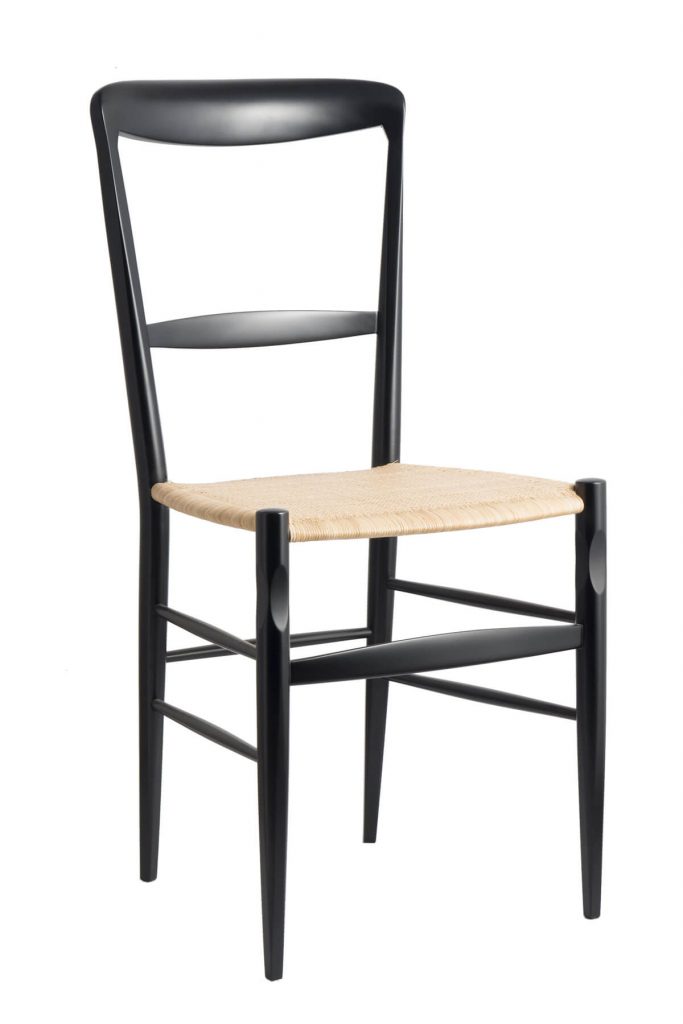 This exclusive model is dominated by clean and classy lines,...
Read more 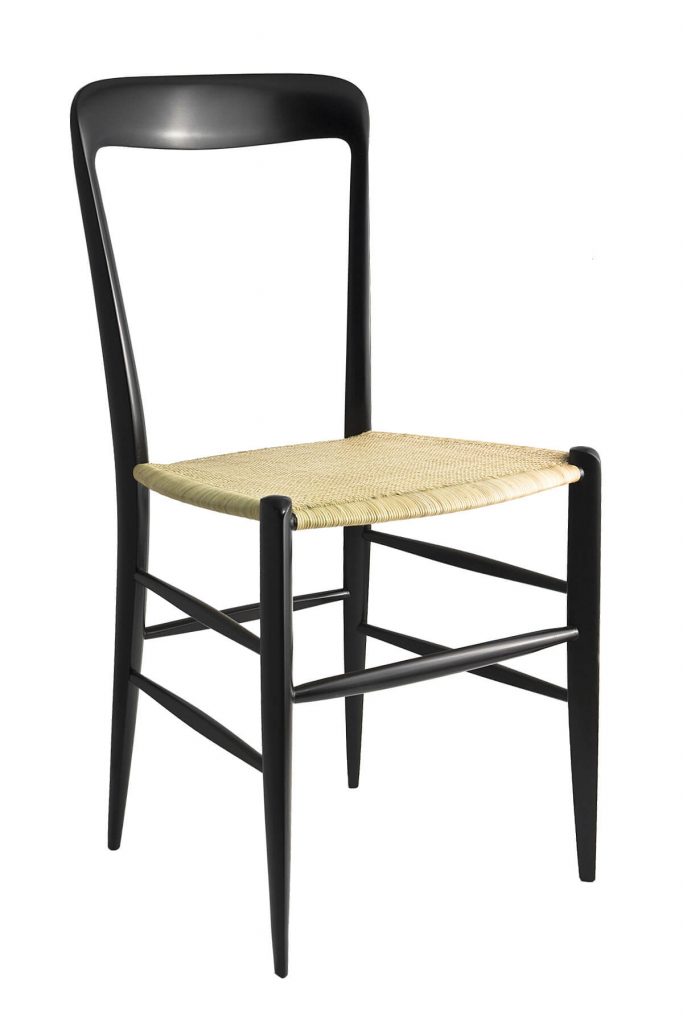 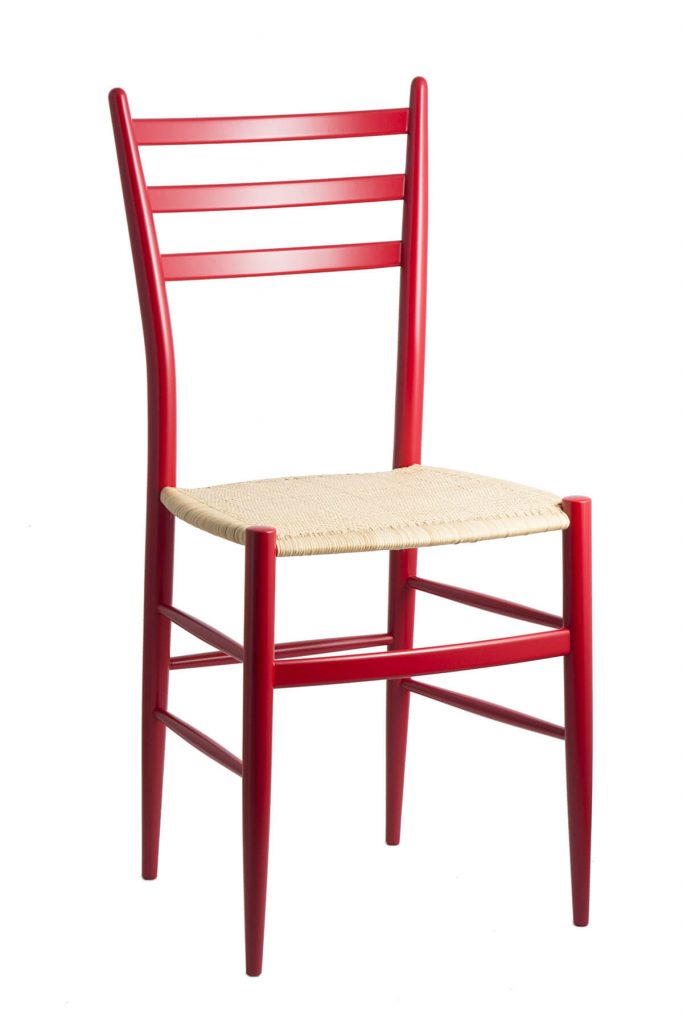 Comfort and sturdiness are the two main particularities of this...
Read more

The Chiavari chair is an exceptional invention that we owe to the great genius Giuseppe Gaetano Descalzi, a very skilled cabinetmaker from Chiavari. In 1807, Descalzi brought his famous creation to life only to become soon after an important part of minor arts history.

The story goes that, in order to put the quality of his creation to the test, Descalzi wanted to throw the chair out of his window. It seems that the chair, weighing less than one kilogram, bounced off the road below without breaking, proving the integrity of its extraordinary properties.

As such, thanks to its unique qualities, the Chiavari chair became popular very quickly in all the most important royal courts of Europe, being praised by important historic figures, from Napoleon III to Francis I of the Two Sicilies and, more recently, to its famous appearance at the White House attending the historic meeting between Reagan and Gorbachev.

Sign up below to watch our 10-minute short film where you can discover our story and experience our workshop. 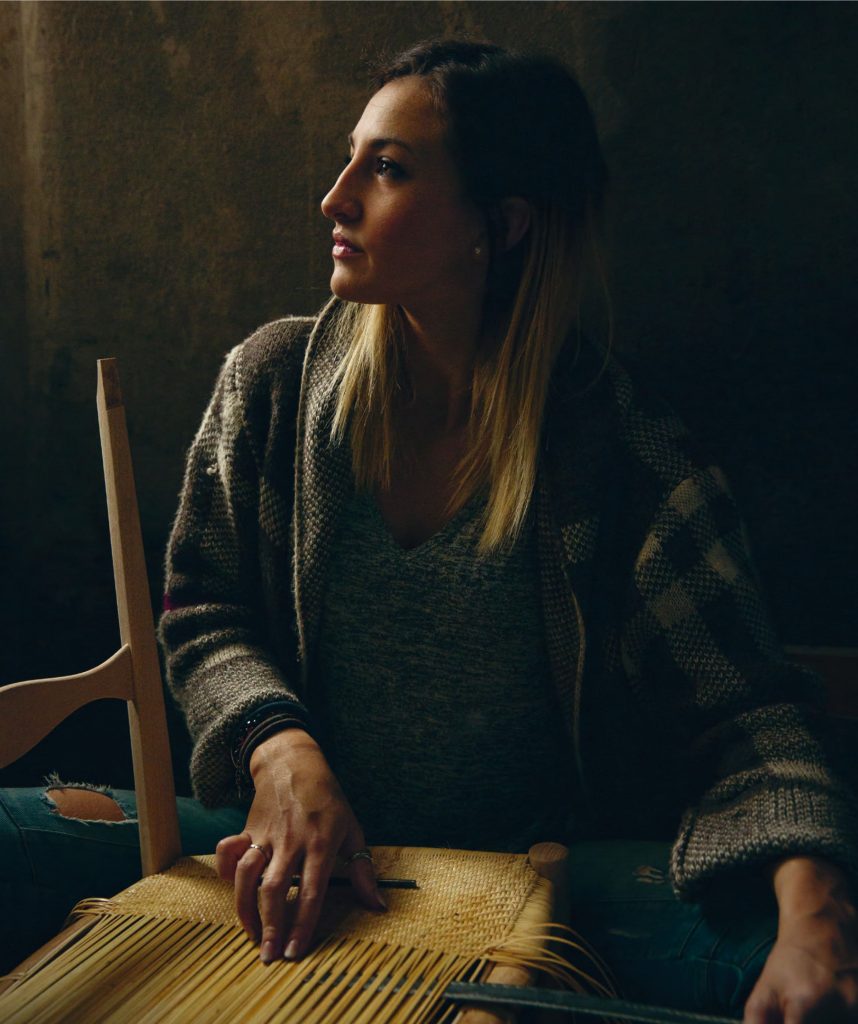